Fragility functions have been developed from past events (e.g., the 2004 Indian Ocean and 2011 Great East Japan tsunamis) not only for buildings but also marine vessels, damaged bridges and aquaculture rafts and eelgrass. My recently published research on load-resistance analysis is an alternative approach to tsunami damage assessment applied to the 2011 Great East Japan tsunami. This figure shows reproduction of building damage conditions (collapsed or non-collapsed): comparison between the proposed method and field observations. I am now collaborating with colleagues in Syiah Kuala University and University College London (UCL) on further development of non-seismic tsunami fragility functions. 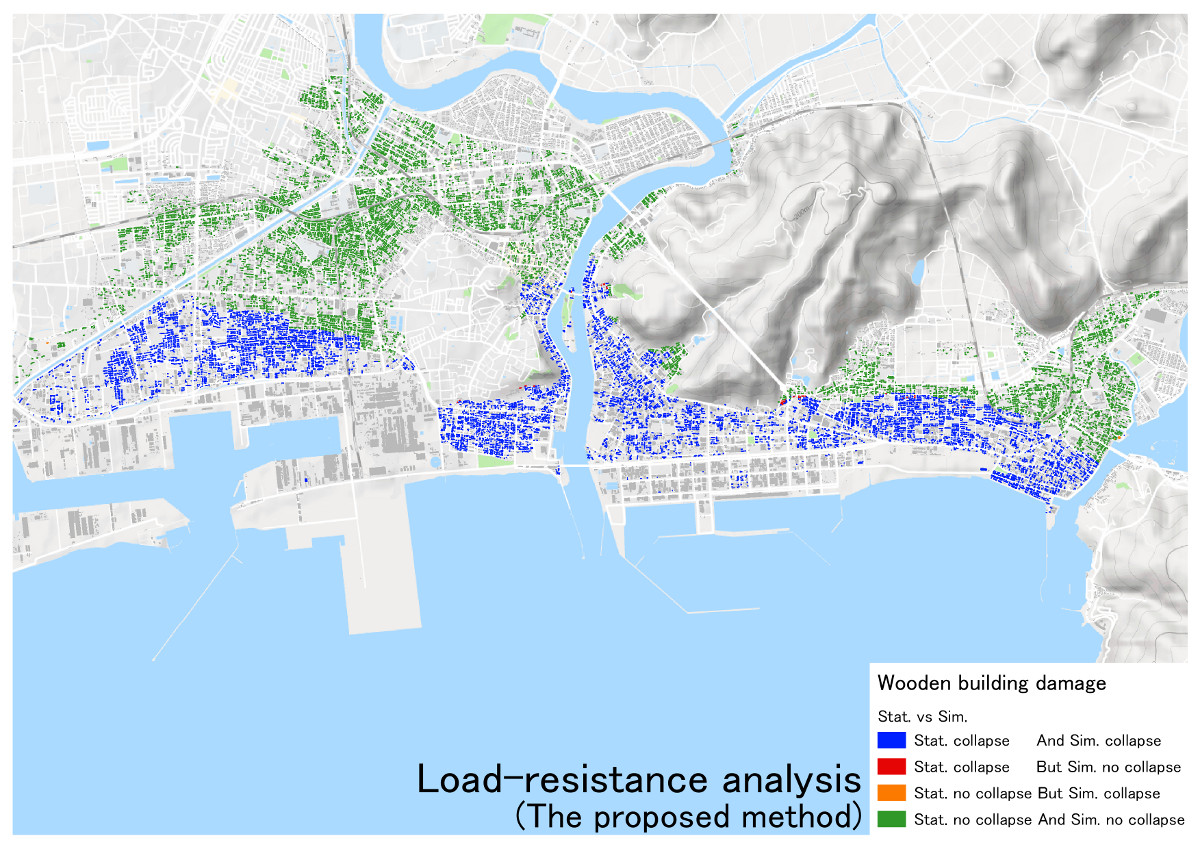 Sendai City was one of the impact areas of the 2011 Great Tsunami, and the prefecture and local governments have a plan to develop multilayered infrastructure systems to protect the city from future tsunamis. The conceptual plan is a combination of existing and new infrastructure systems such as seawall reconstruction, land use zoning, and construction of new roads as shown in figure below. I am currently working with colleagues in University College London (UCL) on cascading disasters including Covid-19 related perspectives for emergency planning.

The figure below is our contribution towards World Tsunami Awareness Day on a global tsunami hazard assessment based on a 400-year database. Modern tsunamis are greater than 2 m but limited to areas affected by the 2004 Indian Ocean Tsunami and the 2011 Japan Tsunami. Regardless, damaging tsunamis have been witnessed everywhere in the world. This observation demonstrates the importance of assessing the hazards based on historical and potential tsunamis from the seismic gap for both local and distant tsunamis. These findings have been contributed to UN agencies (UNDRR, UNDP and UNITAR) for future countermeasure planning in global scale. 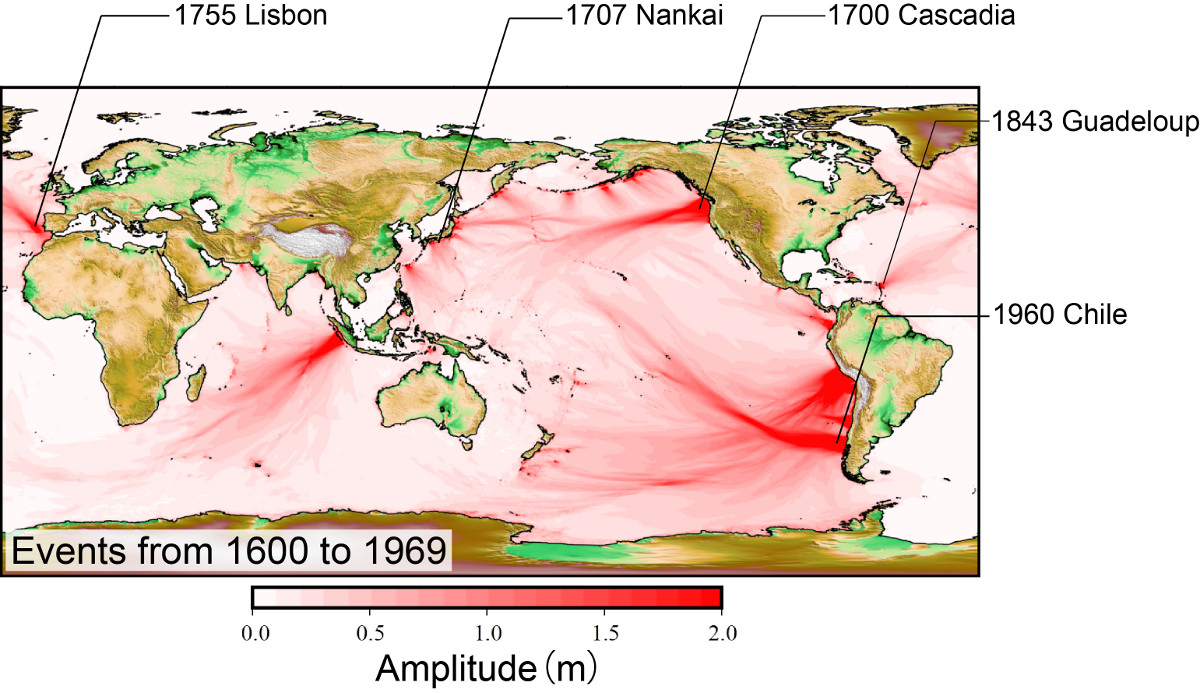