We have conducted GNSS-Acoustic seafloor geodetic observations close to the huge earthquake source region to understand mechanism of subduction earthquakes and to evaluate their risks. It is known that a characteristic deformation is caused in each seismic period: before, during, after an earthquake. Through precisely detecting these deformations on seafloor, we aim to attain the above objectives. We successfully detected the postseismic deformation of the 2011 Tohoku-oki earthquake and contributed to understanding the details of the earthquake. 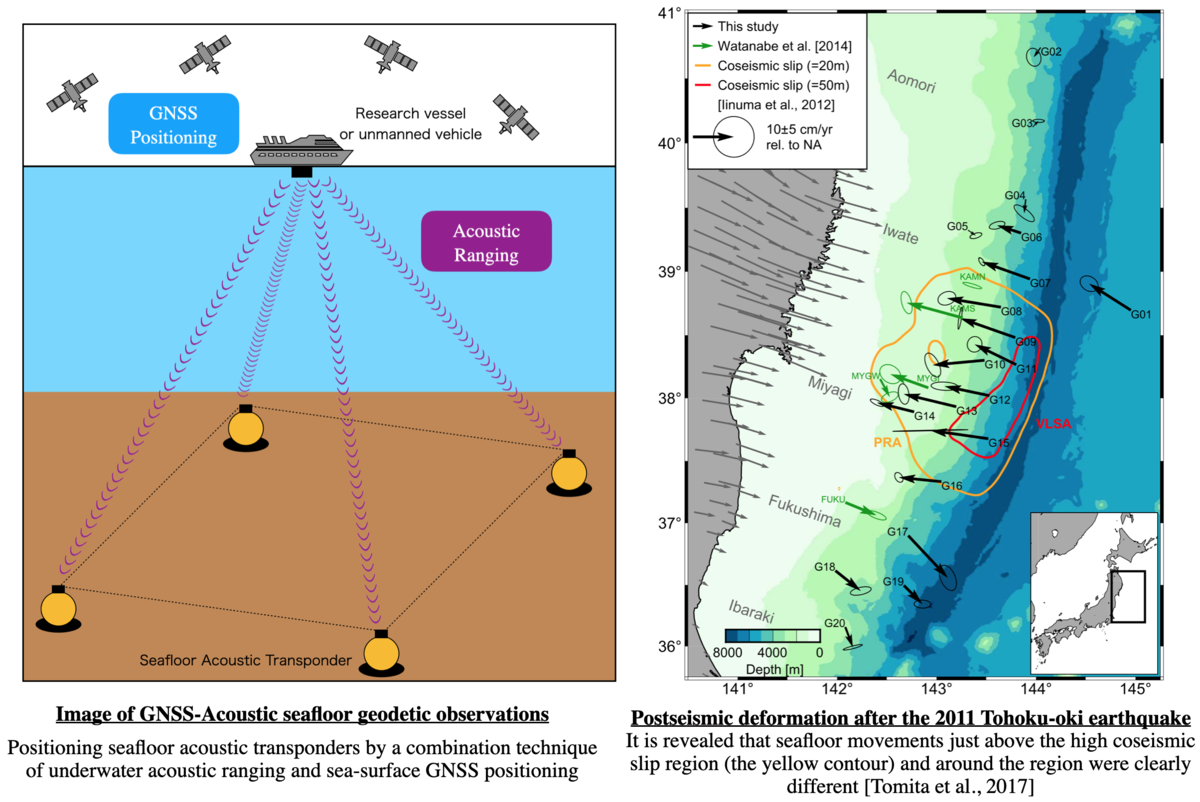 On a plate boundary of a subduction zone, various fault slip behaviors are caused: strain accumulation before an earthquake, rapid slip during the earthquake, and slow slip after the earthquake. These slip behaviors can be estimated by geodetic observational data. However, it is difficult to accurately estimate them due to insufficiency of observational data and complexity of geophysical models. Hence, we work on development of fault slip inversion techniques. We have developed an inversion technique using MCMC method that enables us to easily interpret the estimation errors and an inversion technique considering the viscoelastic structure of Earth.