The objectives of this field are to establish international standards for disaster countermeasures by analyzing the impacts of a disaster on mothers and children, and to perform a long-term study of the effects of disasters on obstetrics and gynecology-specific diseases. 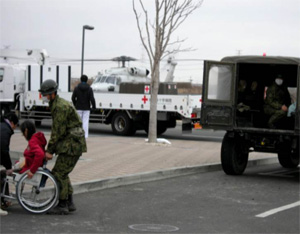