Members
Research Activities
Our goal is to evaluate earthquake and tsunami risks for disaster mitigation by understanding the mechanism of huge subduction earthquakes through observation and modeling researches as follows. Monitor the seafloor crustal deformation and seismic activity relevant to earthquakes by geodetic and seismological observations in the possible source region of subduction earthquake, such as the 2011 Tohoku-oki earthquake. Modeling the observed crustal strain and fault behavior as a part of a whole earthquake cycle to understand the overall feature of the past earthquakes and the risk of future earthquakes. In addition to the Japan trench as the primary target, our research is expanded not only to the Kuril trench and Nankai trough but also to the world’s subduction zones through domestic and international collaborations. Development of observation technology and new data analysis method for the advanced survey are also the subjects in our lab. 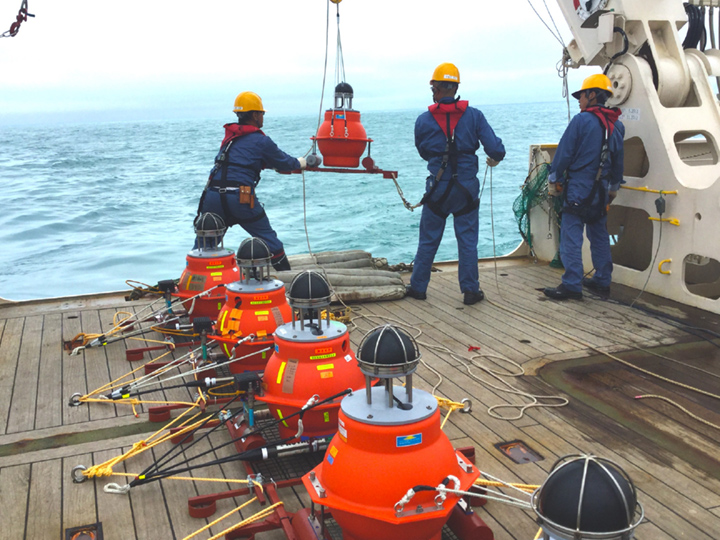 A photo of onboard survey, deploying acoustic transponder to the seafloor. 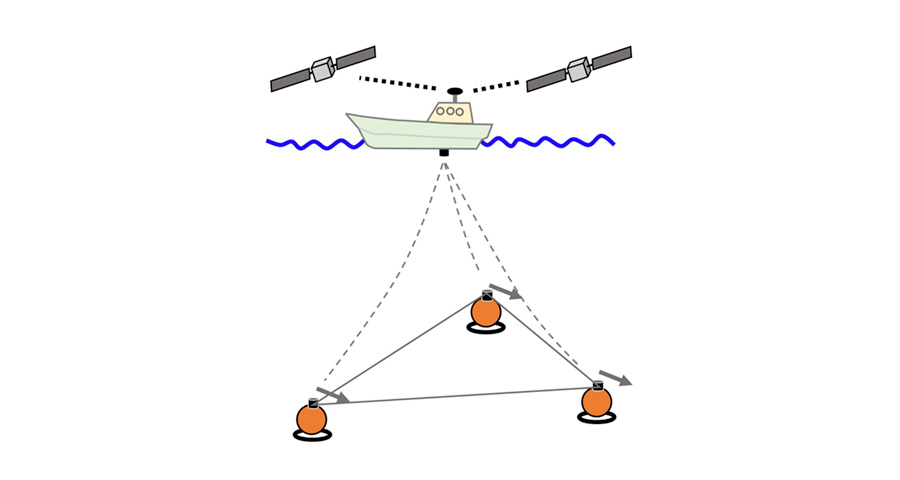 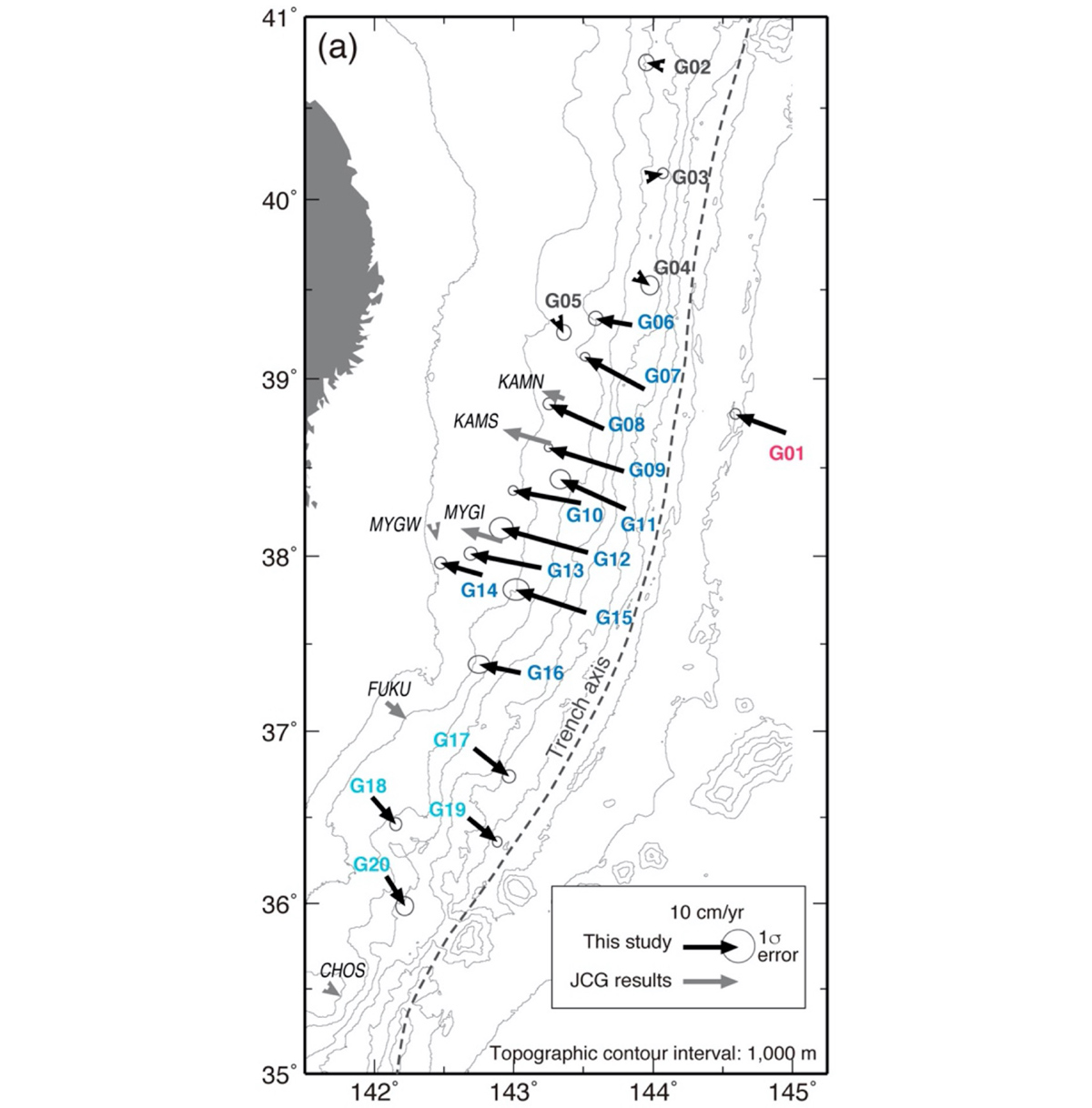